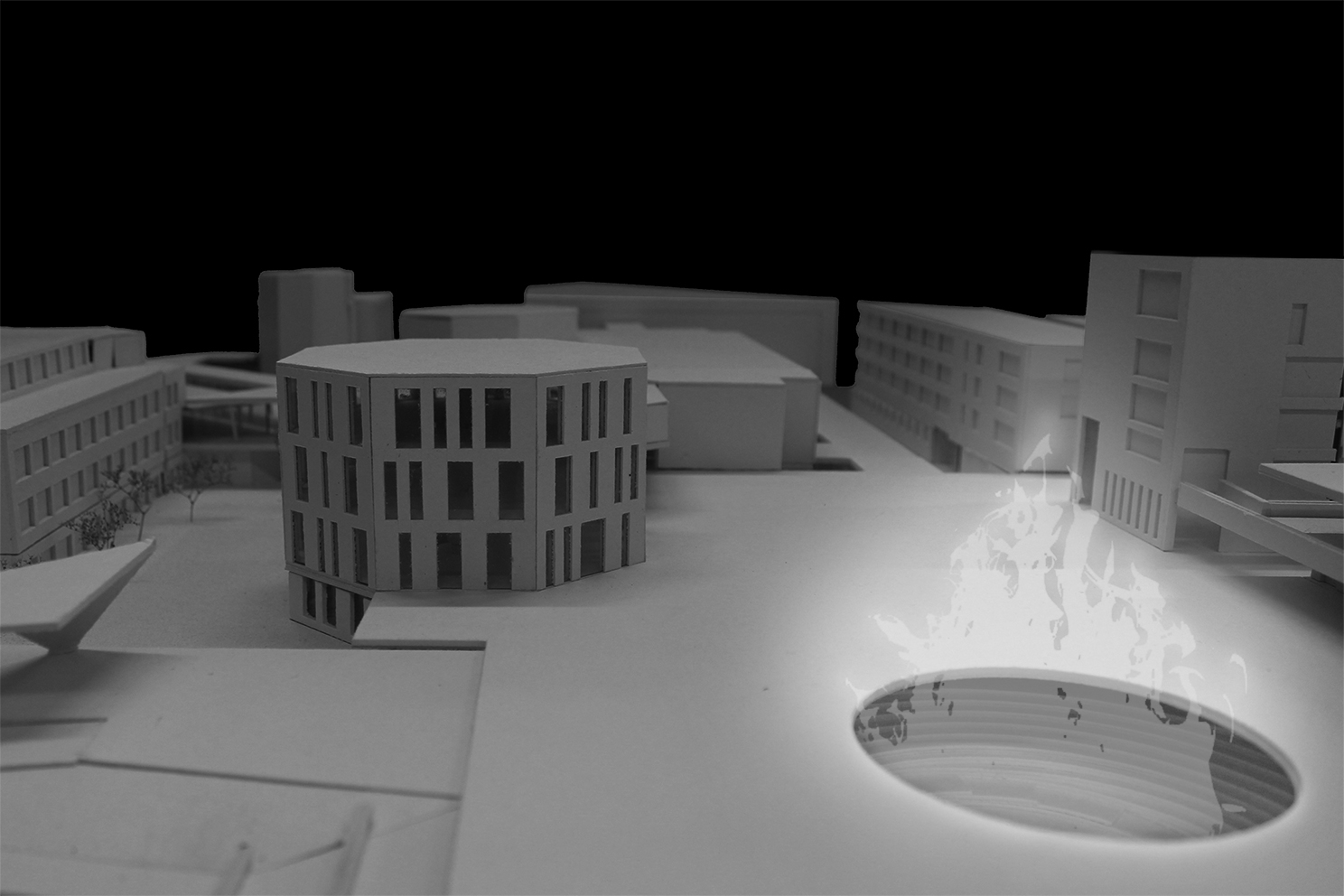 The fireplace has a quite specific meaning in our field. Many architects and theorists took it as the heart of their work (Semper, Wright), refering to its significance in the early human society. It represents the heat, the security and, above all, it has the power of gathering. In the framework of a reflection about new students gathering spaces on campus, fireplaces will be the theoric starting point. 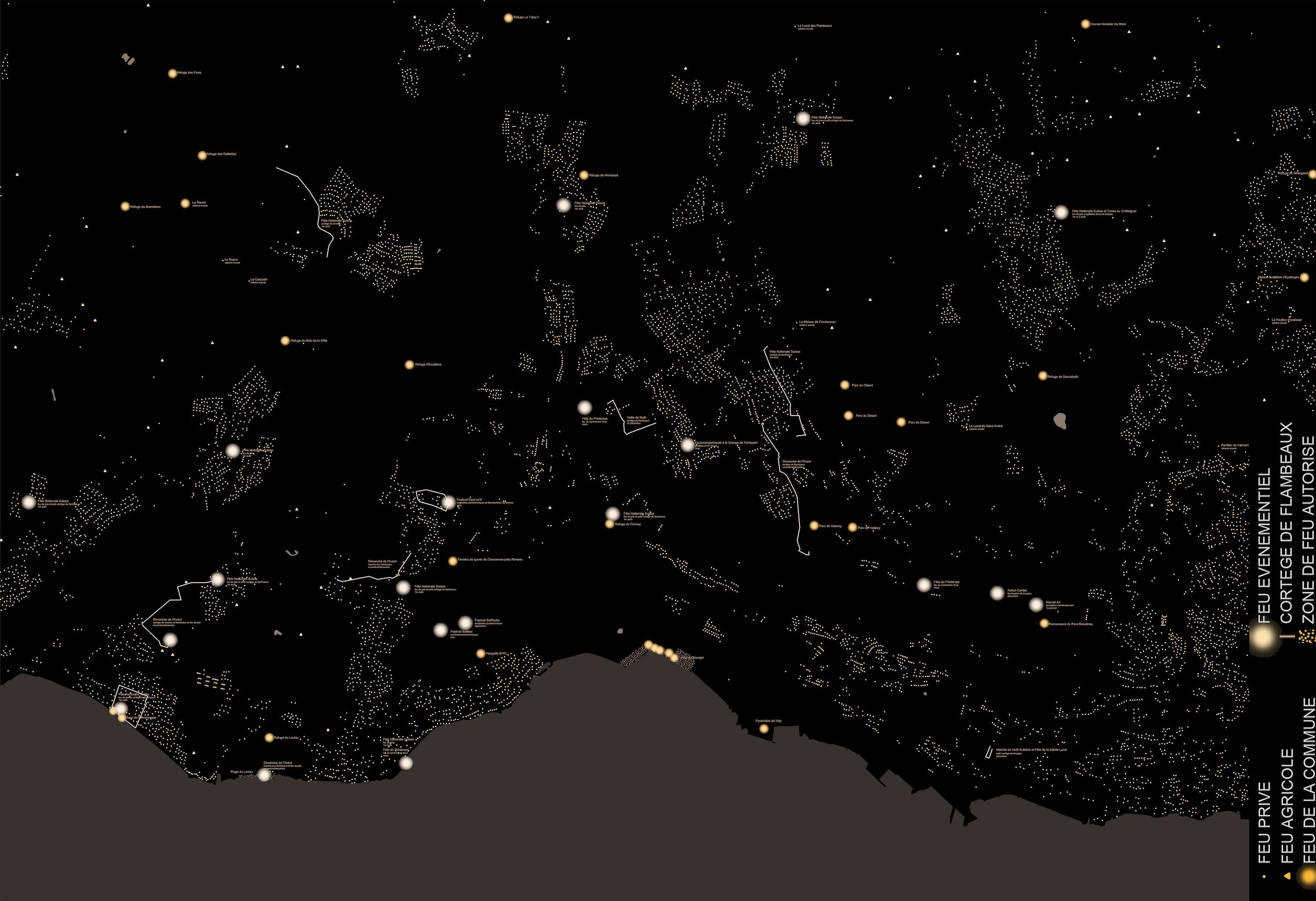 At an urban scale, this analysis of the fireplace as a gathering potential reveals interesting voids in the city that usually don’t appear on maps. The EPFL/UNIL campus seems especially empty of fire, at least from an official point of view. Actually, the campus is full of unauthorised and informal fireplaces. They highlight the need for a certain kind of gathering. 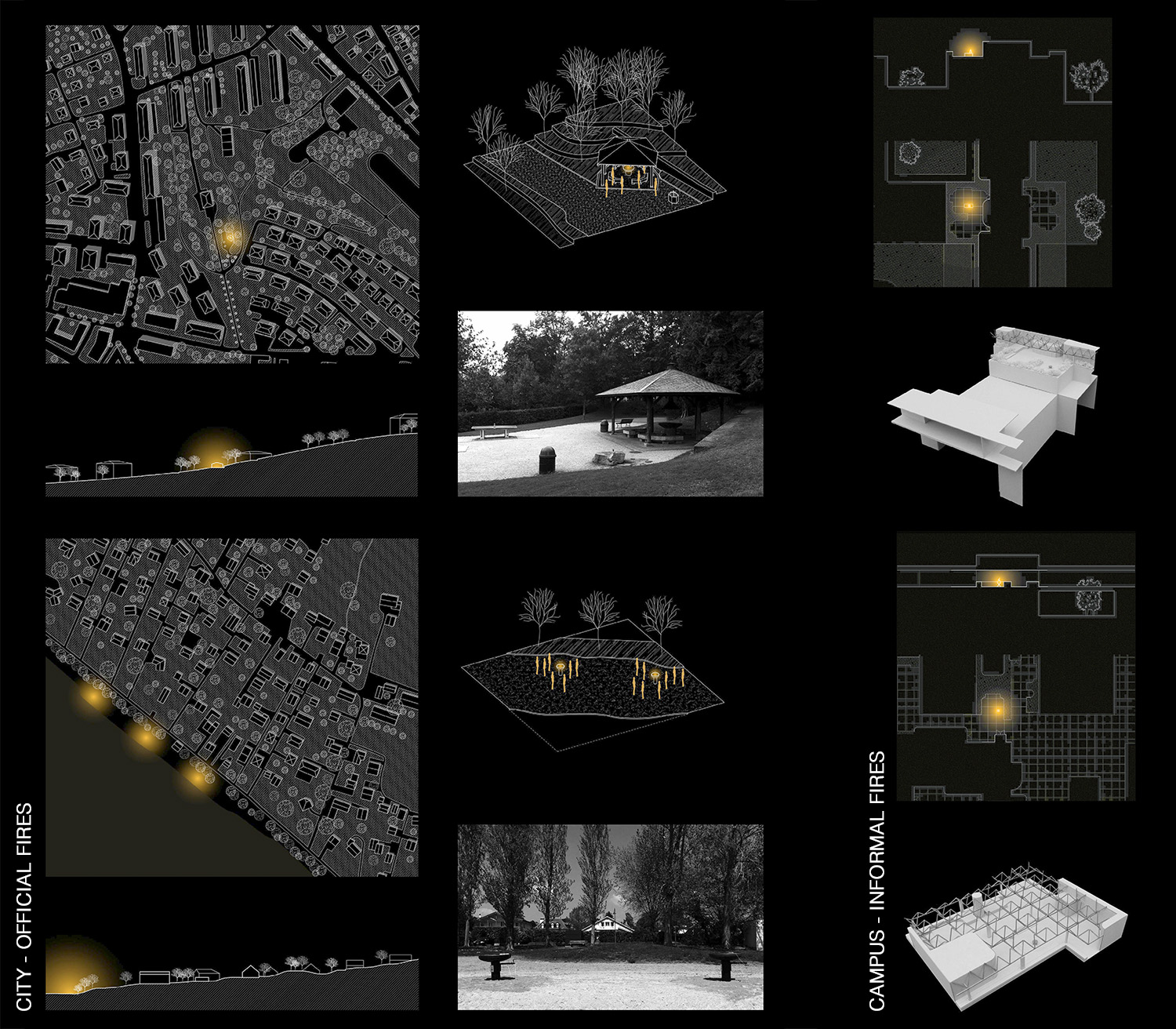 At a smaller scale, the study of the space defined by people around various types of fires allows to understand the multi-scale potential of this gathering instrument. Moreover, it leads to some conception of the gathering linked to a central object of contemplation and to a kind of informality, which belongs to the local perception of fireplaces.

The aim of the intervention is the connection of the campus to its surrounding territory. This is realised thanks to the development of public walkways and through the introduction of gathering spaces inspired by the living together recurrent figure of the fireplace. 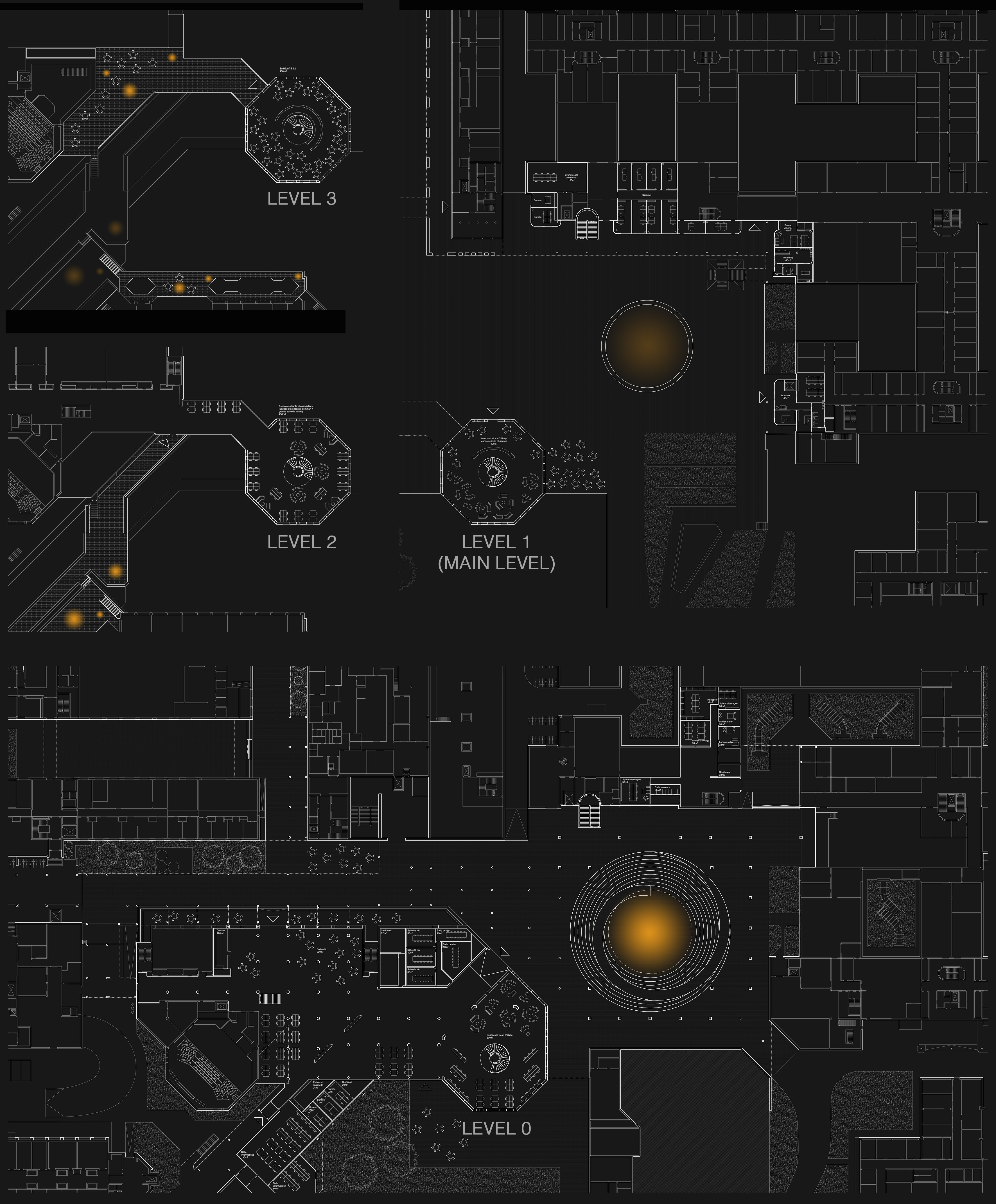 The reinterpretations of the fireplace as gathering potential and its spatialisations are multiple in order to offer various types of gathering points to the students. An anlysis of the campus itself, based on its existing formal and informal areas, lead, for the implantations, to the choice of one very central but yet misused space AND to a range of dispersed and appropriable smaller spots. 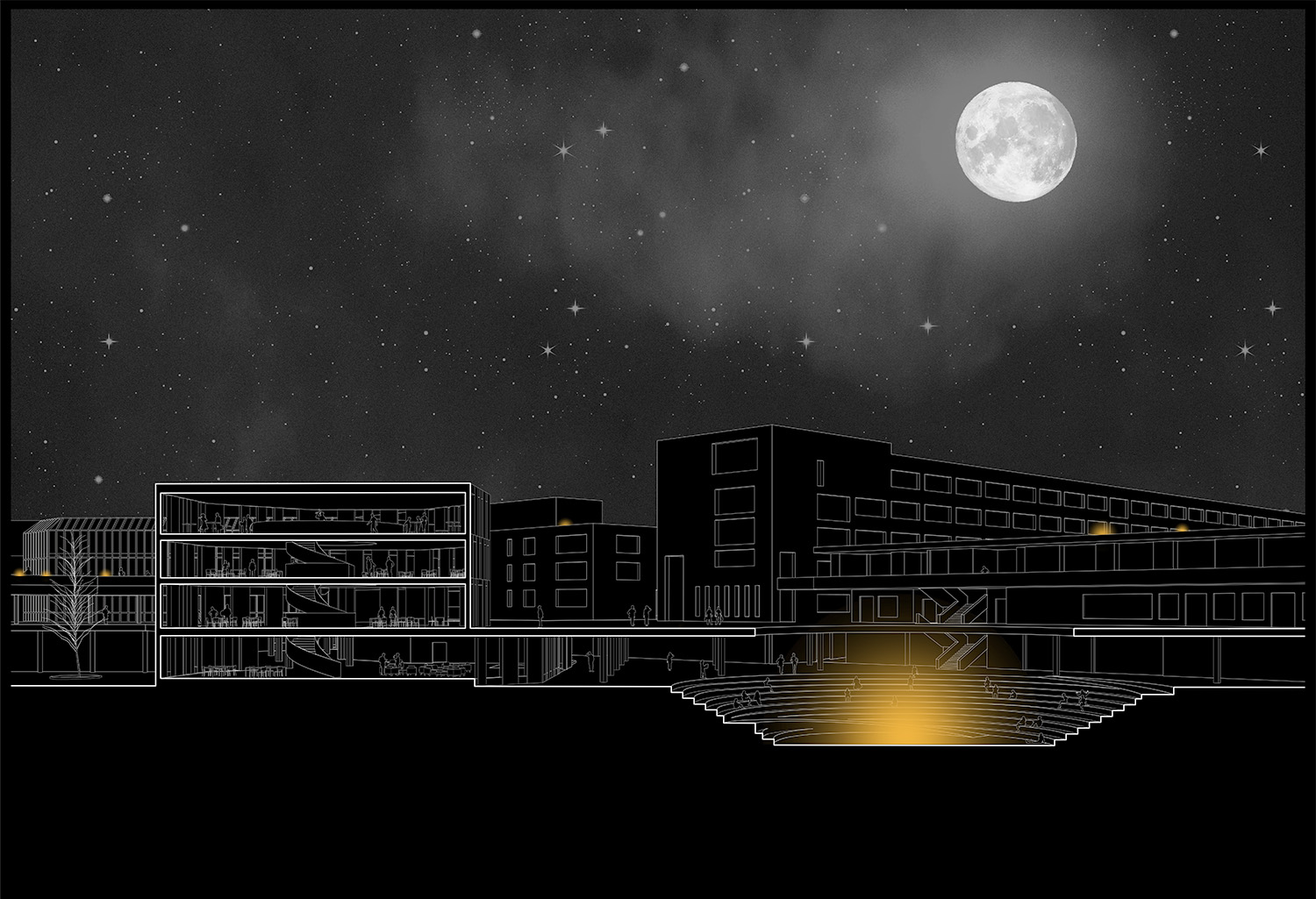