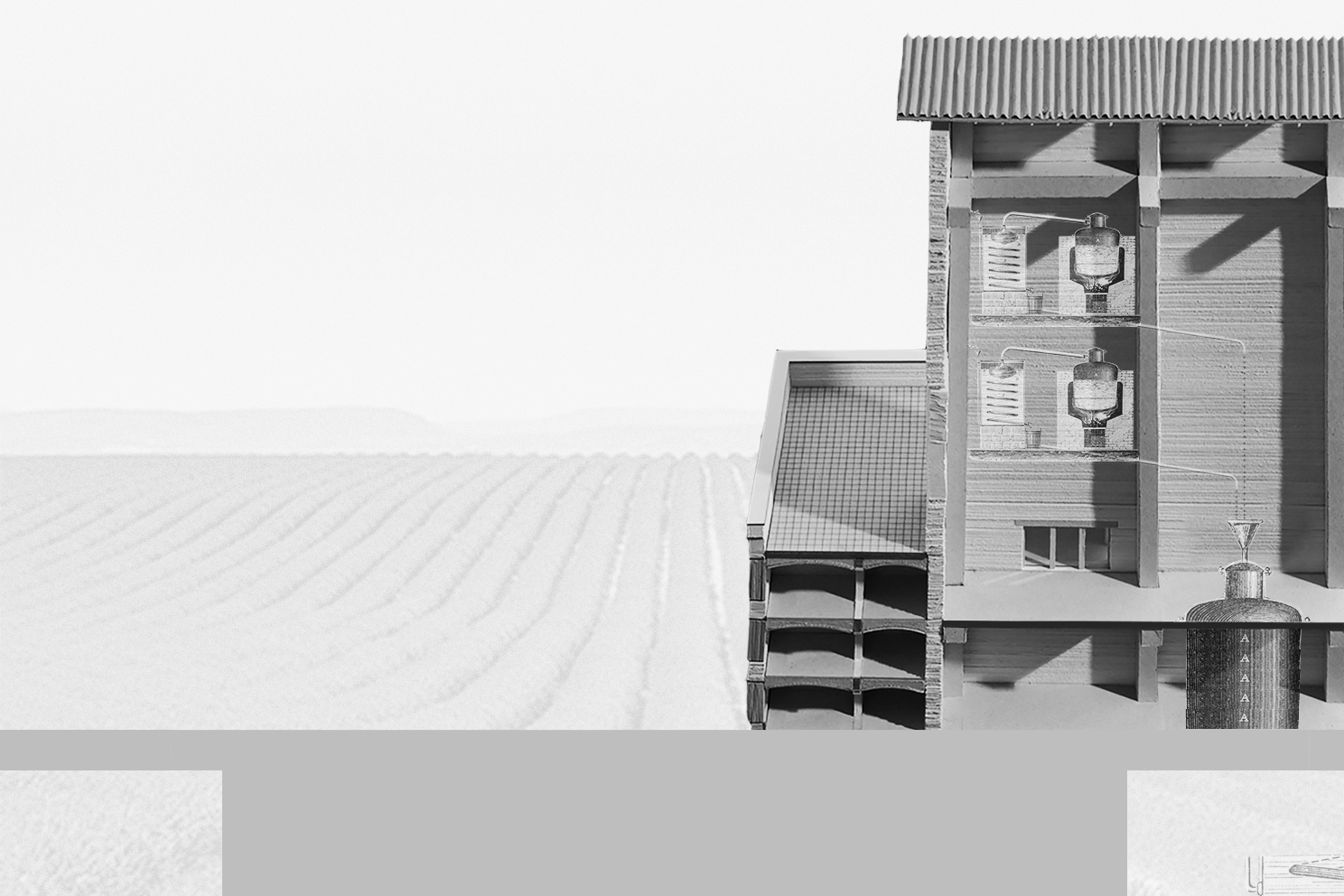 Located at the edge of the Alps mountains and the Côte d’Azur, the plateau de Valensole (FR) gathers typical agriculture of the region. It mingles visual landscapes and walks in private fields. This area is known among others for its lavender fields, which give the landscape bright colors.  After a closer look at those fields, the U-shape of the Plateau appears, starting in the lowland and coming around the plateau.

the distillery, at the edge of Valensole’s Plateau, responding to Gréoux-les-Bains

The traditional agriculture, including lavender, gives to that region a strong and typical identity that brings people together. The purpose of the project is to close this terrotorial U-shape with a lavender distillery, near the main village of Gréoux-les-Bains. The building would on one hand face the existing castle of the village, as on the other, the fields of the Plateau would be spread to its feet. It would then act as a signal assuming an identity for the lavender production, while bringing the farmers together and providing a roof for the harvests during winter. 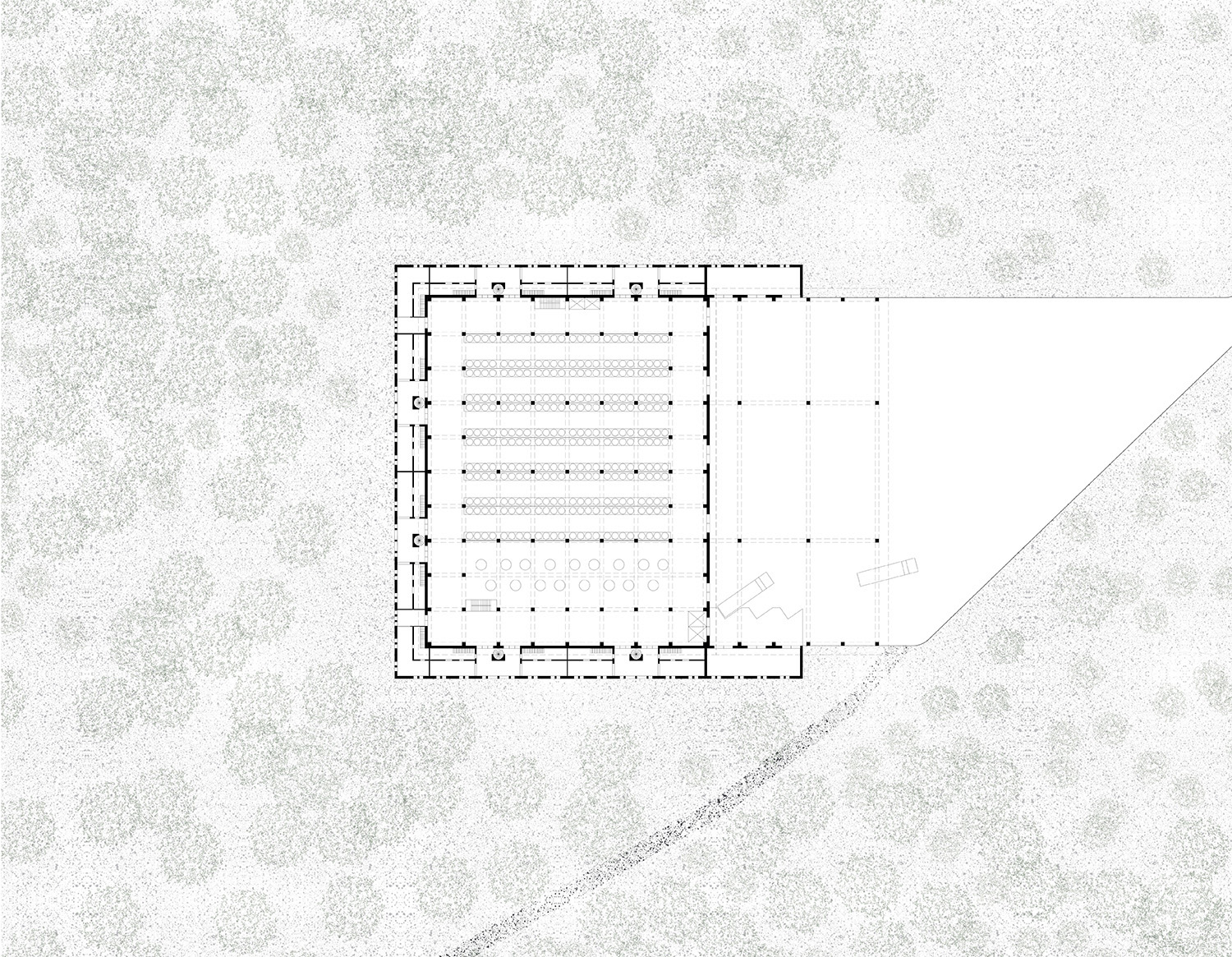 The building includes all steps from the lavender plant to the lavender oil. It works as a cooperative, of which the system is also known in the region for olive and colza oil producers. The distillery building is made of unbaked earth, adding a concrete structure to stabilize the layers of earth.

Surrounding and supporting the main building, a base made of housing units hosts seasonal workers who come from all around Europe during summer for the harvest. 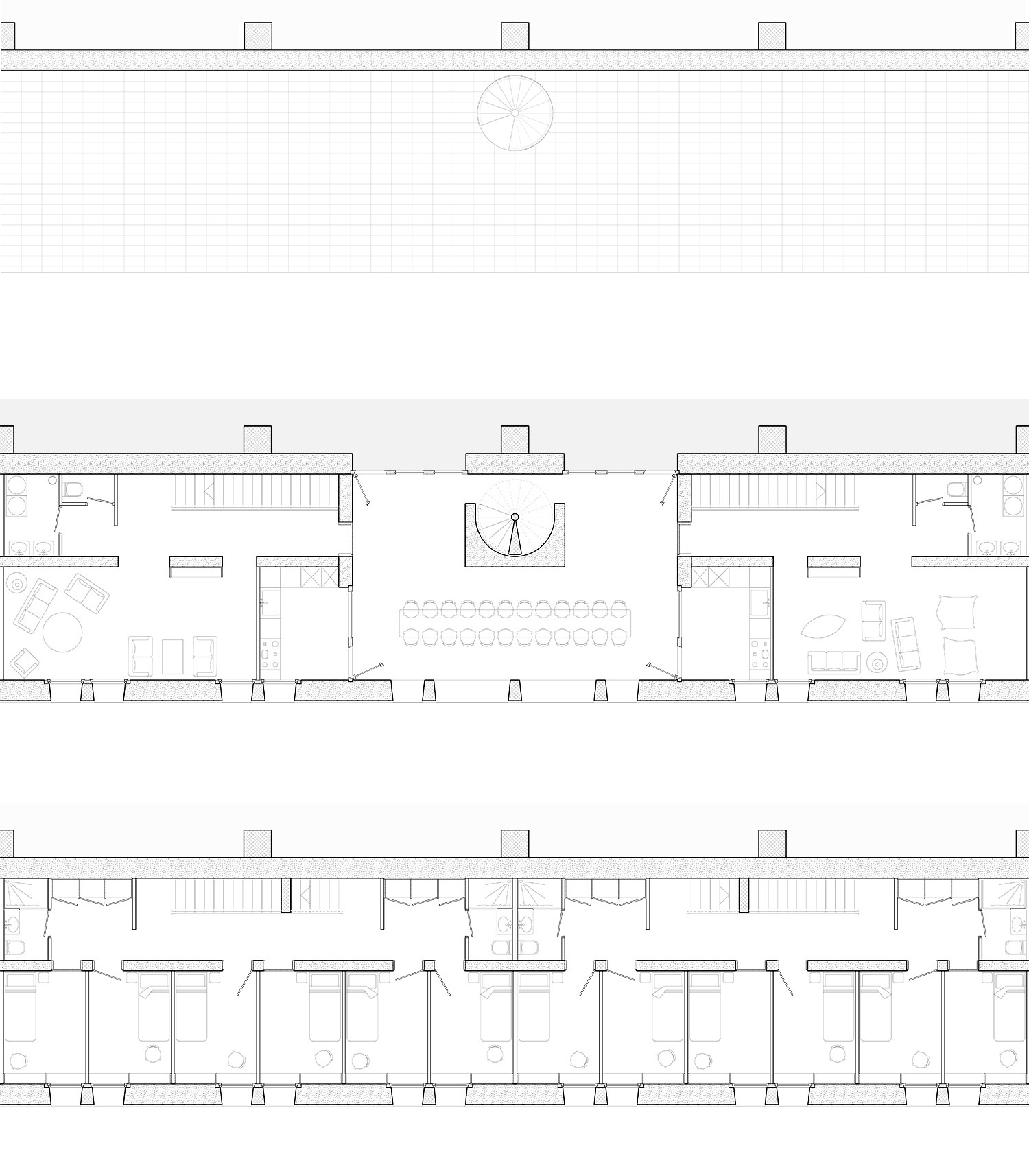 The entrance of the apartments is made from the inside of the distillery and opens directly on a loggia-dining room shared between the inhabitants of two apartments. From there, a spiral stair conducts to the roof terrace. The loggia space also leads to each of both housing units. At this level, it contains a large kitchen and a laundry room for the 12 workers, whom can, on average, be accomodated in it. While going to the lower levels, intimacy increases: two bathrooms for six workers at each level and spartan individual rooms in which stay a bed, a chair and a wooden shelf. 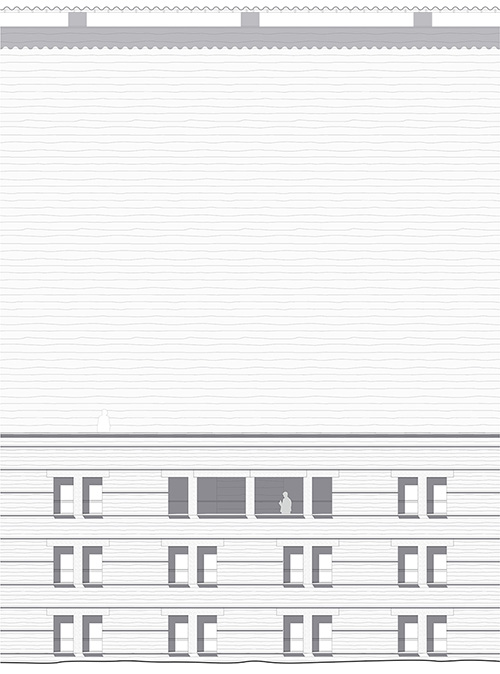