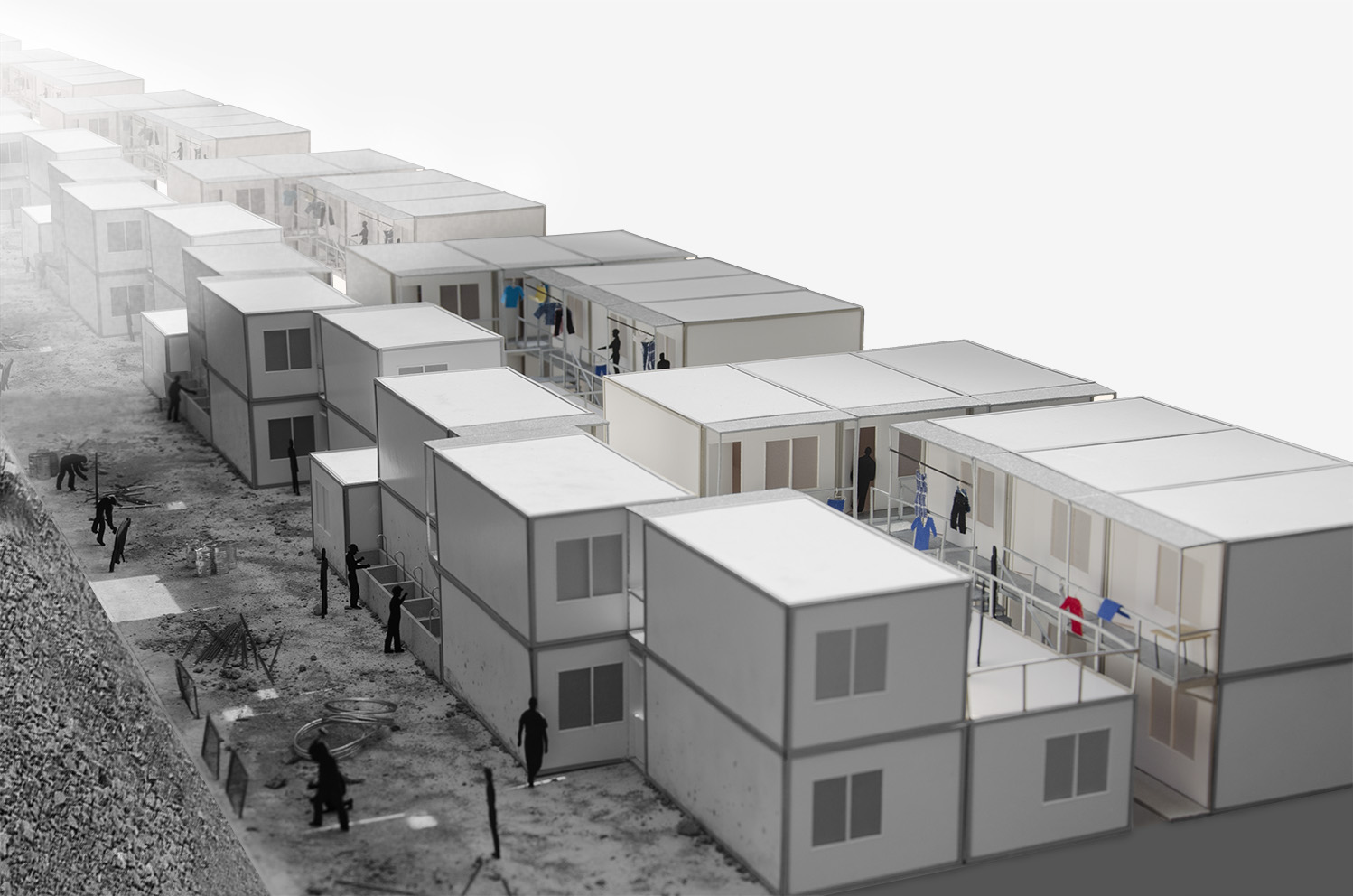 work in pair with Mathilde Loiseau

As architects, we often see the construction site only as a mean to concretize our dreams and drawings, but hardly ever as a working and living space for the construction workers. This project proposes a reflection on the spatial organization of the construction sites in China, in order to offer a more legitimate living environment to the workers that spend their days and nights on site. 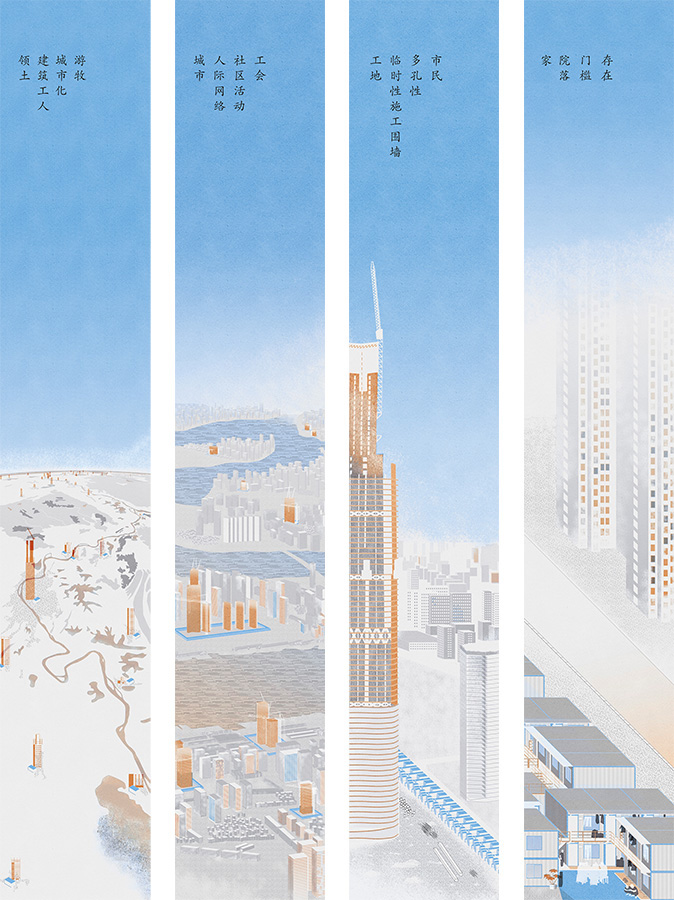 Due to the rapid urbanization, the construction sites employ and host more than 5% of the Chinese active population. Those vulnerable men live isolated in the perimeter of the sites, often, under a very high density or bad amenities conditions. During their life, they have to move a lot all around the country, following the job opportunities.

The Wuhan Greenland Center construction site, located in the central part of China, is chosen here as case study. 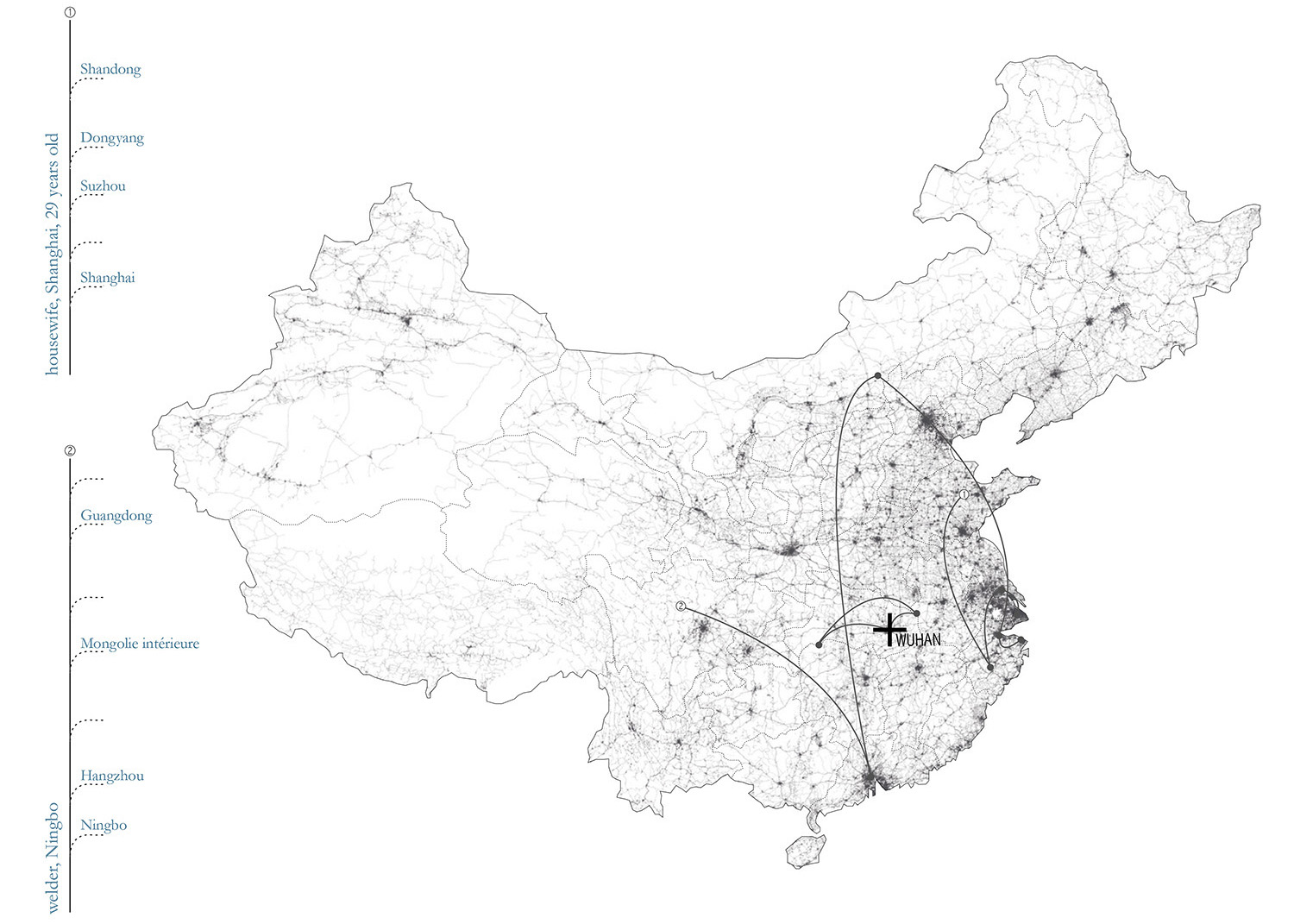 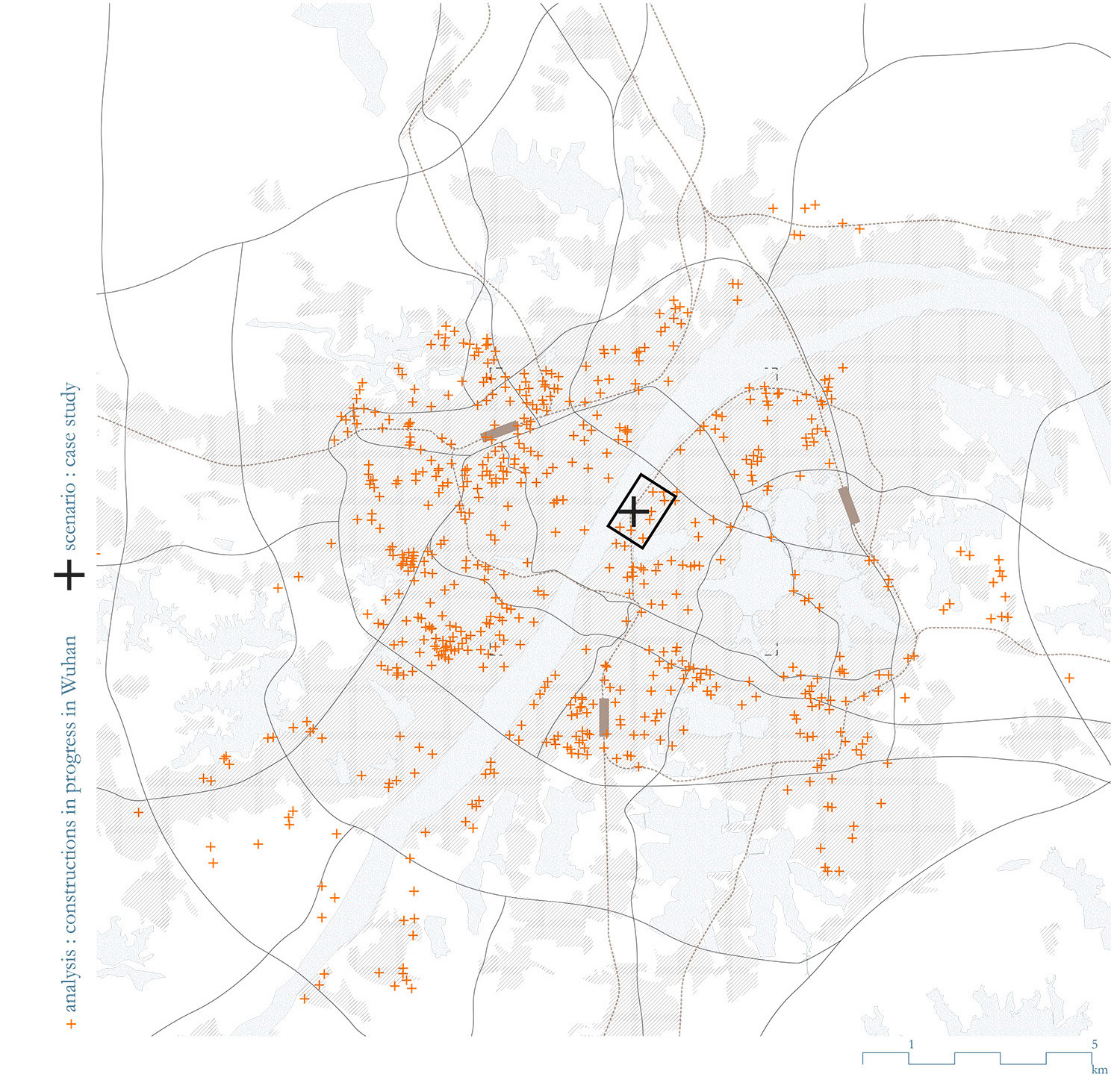 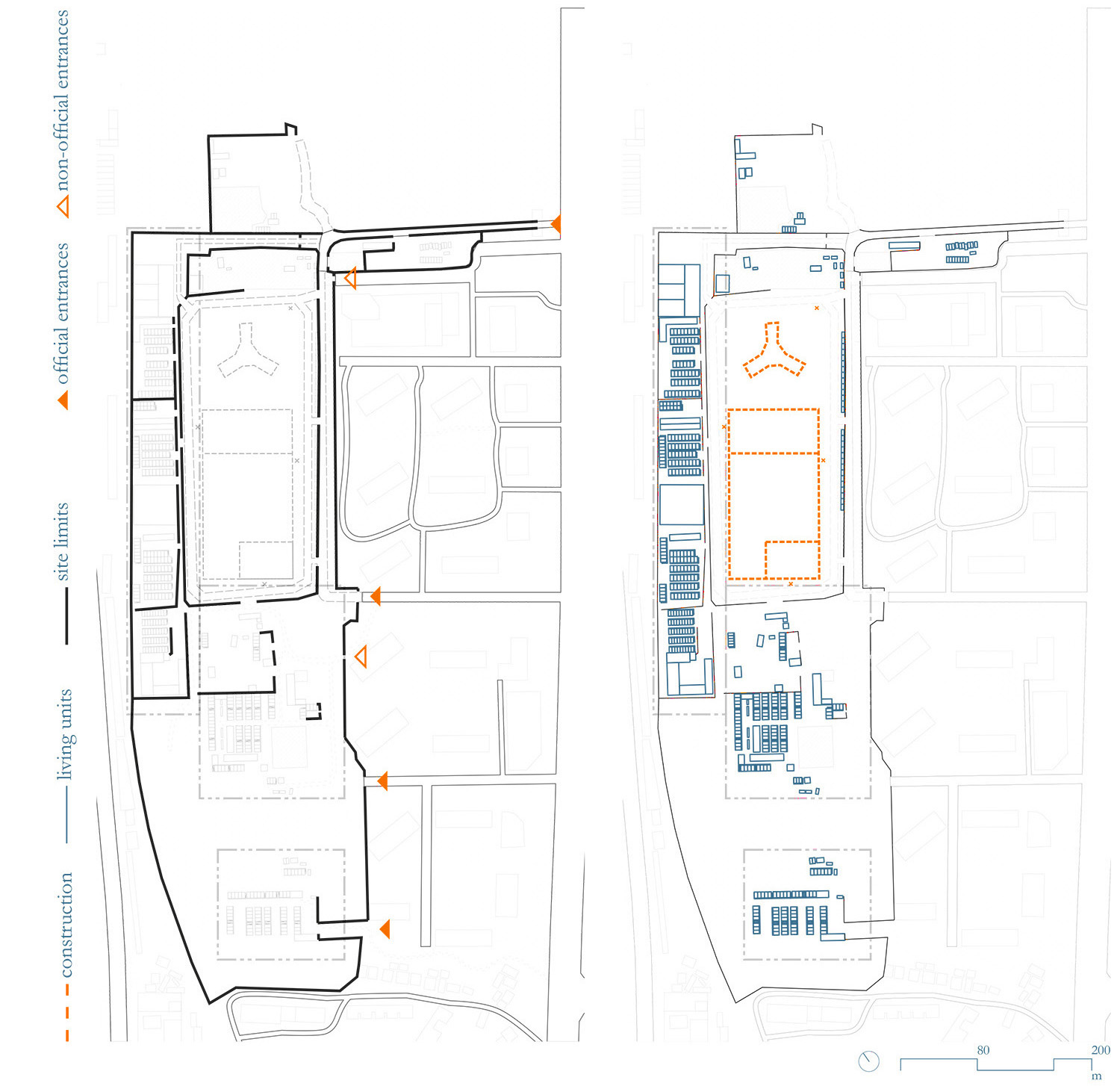 analysis – porosity and organization of a construction site

The project is conceived as a system adaptable to the majority of the construction sites. The workers living zones are resettled on the perimeter of the site, at the interface between the construction and the city. Thanks to a facilitated accessibility and visibility towards the city, the workers are not anymore defined by their sole profession, but also by their citizenship. In addition to the housing and services, this new inhabited perimeter also includes some offices, combined to the truck entrances, and distributed collective equipments.

Some community facilities intended to enhance their everyday condition, push the workers to access to neighboring sites. Thereby, emerges the possibility of a Construction Workers Community Network. 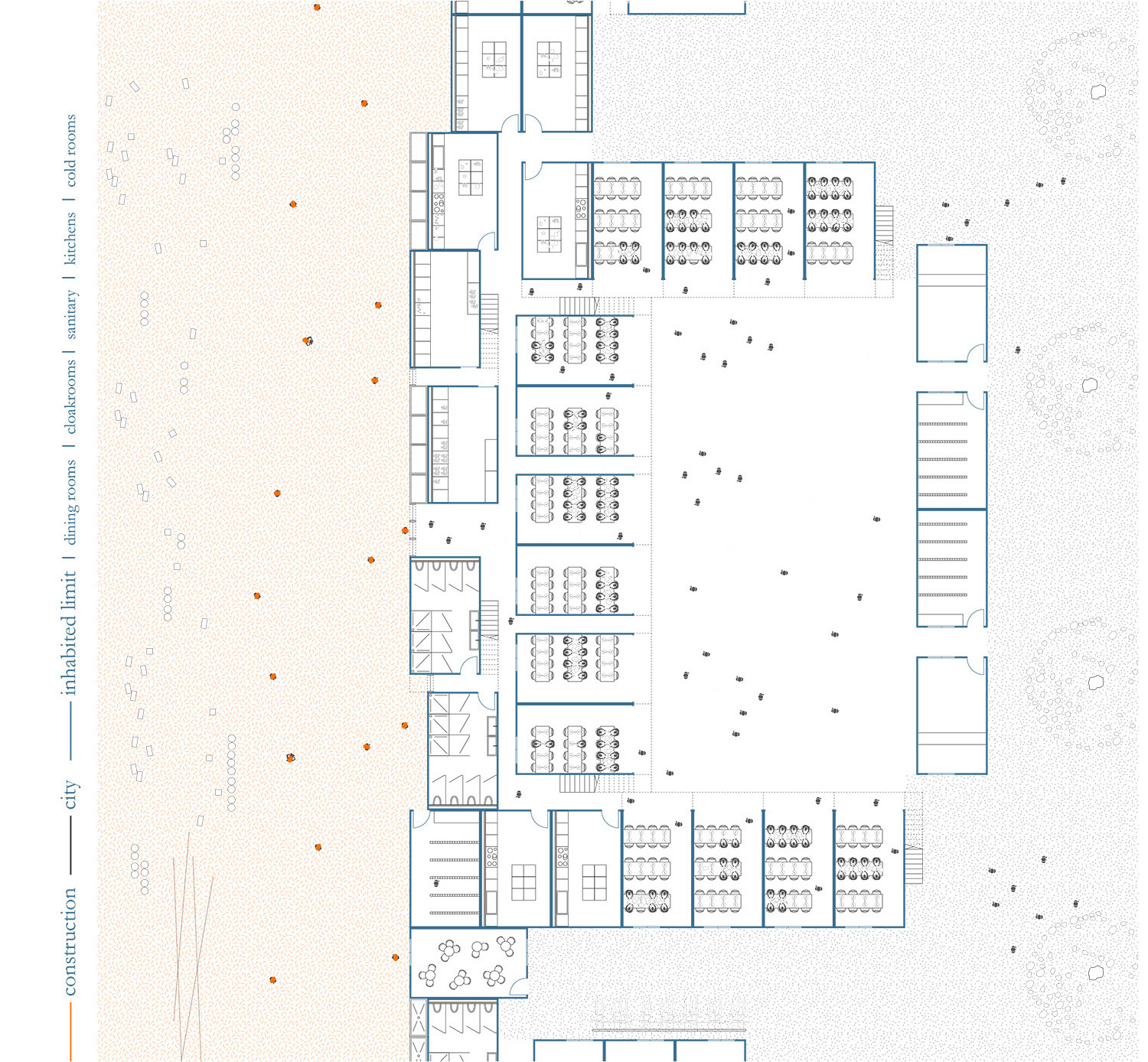 The project strategy is based on economic and movable principles of construction, exploiting the living containers actually used on the construction sites all around the country. At the site scale, the plan is designed as a corrugated stretching of the living units all around the perimeter. This wavy urban form is inspired from the Chinese traditional housing system, in which the gradation of privacy is structured by series of thresholds, lanes and courtyards. Each living cluster provides the amenities of a house and a peaceful ambiance, gathering small groups of workers. It introduces a familiar and domestic dimension in the everyday space of the workers favorable to appropriation. 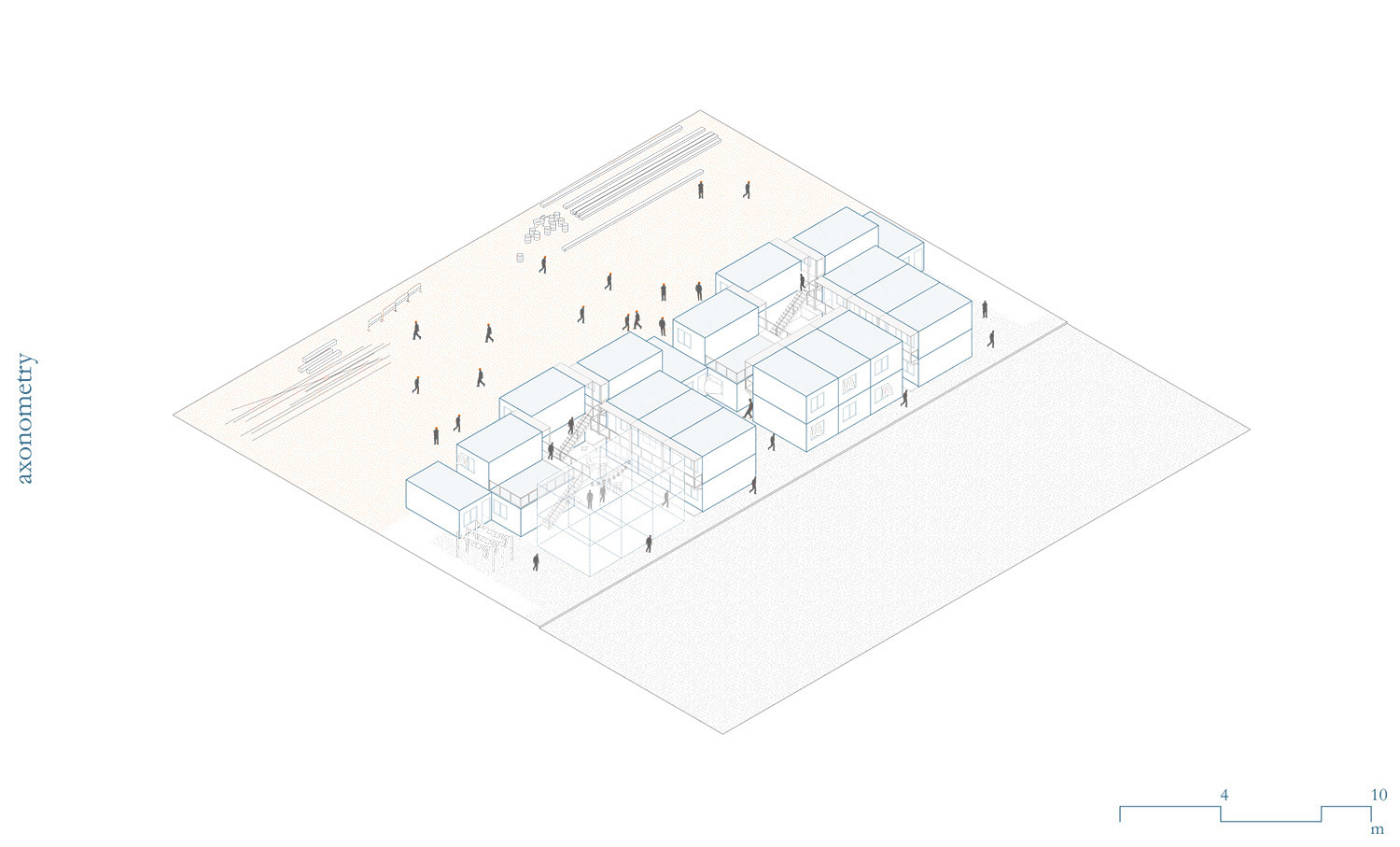 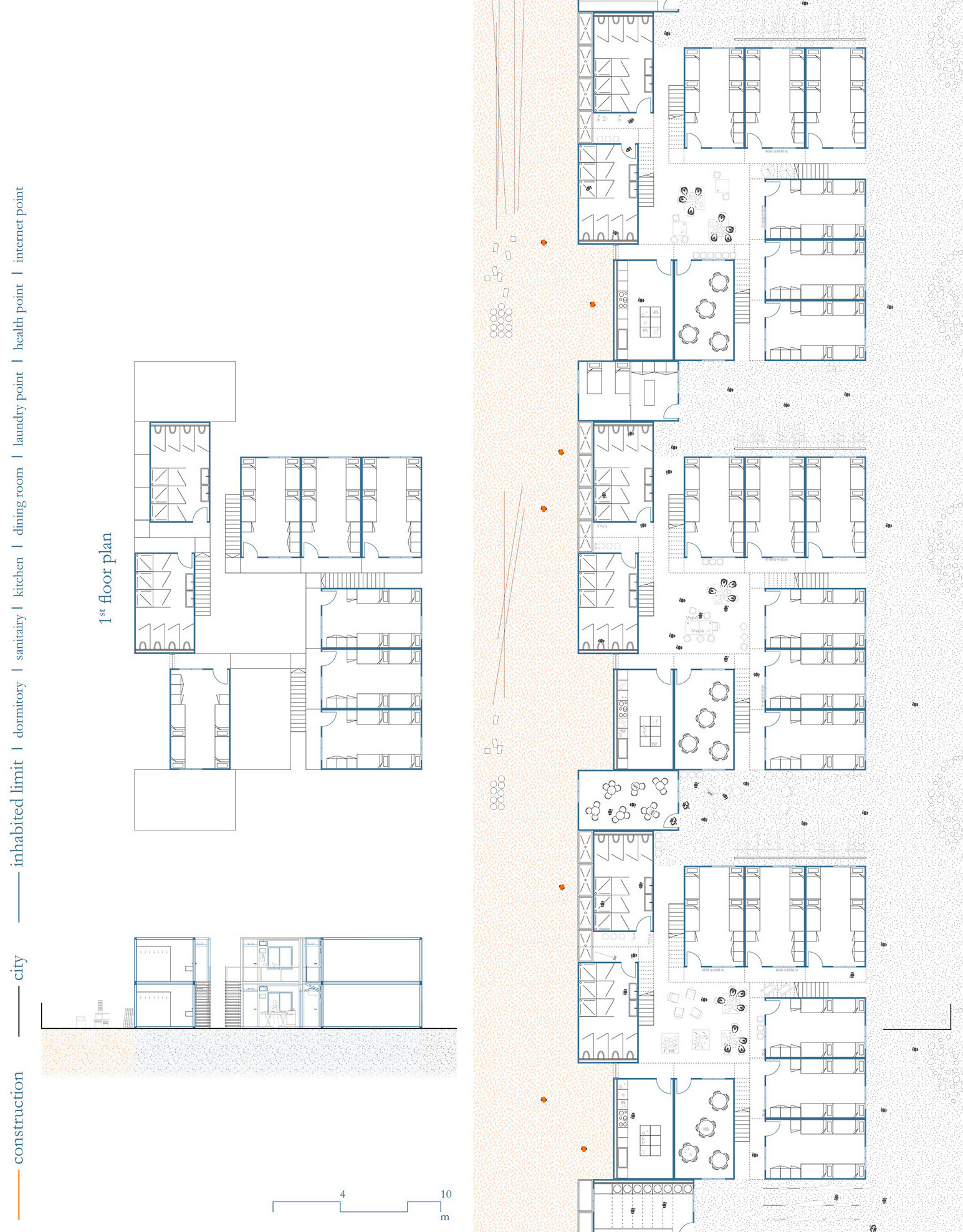 Through this proposal, the shadow workers of the new Chinese city recover some dignity as well as a more domestic living space.